The end of October and the start of November means the beginning of the postseason for Major League Baseball. For baseball fans, it’s the most exciting time of the year! If you don’t know how the baseball postseason works, here is a brief explanation: Major league baseball is separated into two different divisions, the National League and the American league. Inside the divisions there are 3 subdivisions. In the American League there is the American League Central Division, the American League West Division, and American League East Division, and the same breakdown for the National League. Each league has 15 total teams. In the playoffs, 6 teams from each division make it to the postseason. The team who wins the most games in their subdivisions automatically clinches a spot, which makes up 6 of the 12 spots. Next, teams that didn’t win the division fight for a wild card spot. 6 Wild Card spots are awarded (3 for each division). These are decided through multiple best of 3 game series. Once all of the teams clinch their spots the postseason begins!

The postseason bracket is created based on seeds. For example, this year the Houston Astros had the best record and were the number one seed in the American League (guaranteeing them a bye) and the Los Angeles Dodgers were the number one seed in the National League (also guaranteeing them a bye). This year, the Cleveland Guardians advanced following a 2-1 victory against the Tampa Rays. They went on to lose a tough series against the New York Yankees.

Here is a look at this year’s season bracket! There’s always hope for the Guardians next year! 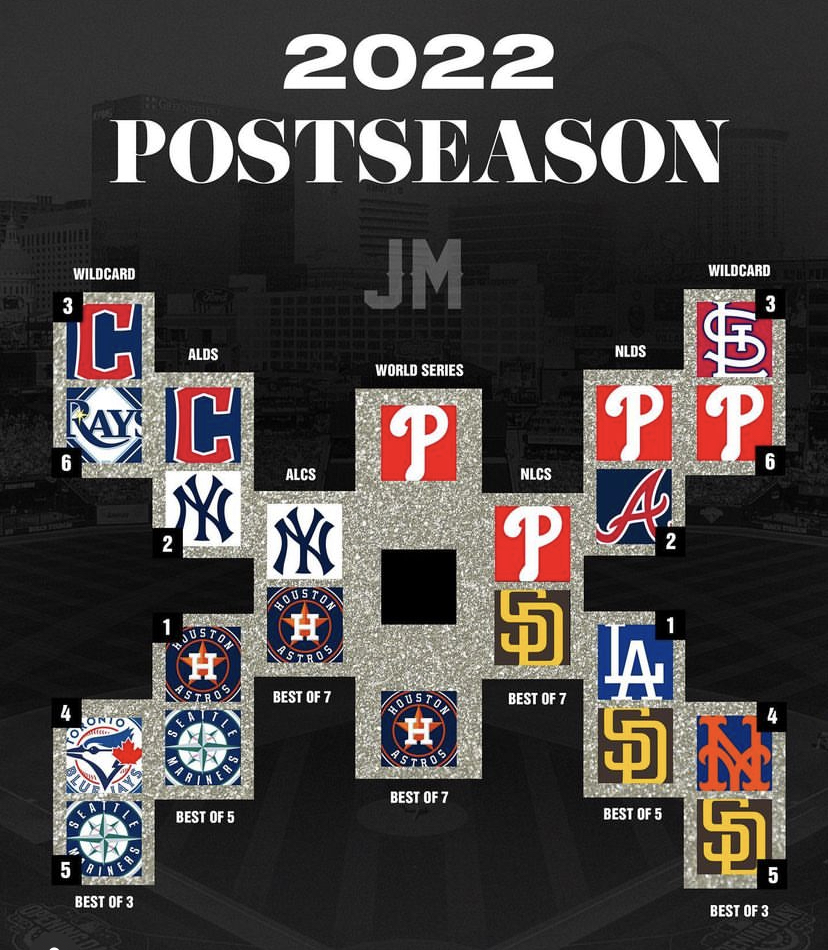