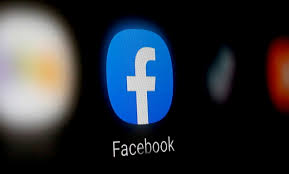 October 4th, 2021, Facebook crashed for hours taking down Whatsapp, Instagram and the rest of its apps. That Monday it was down for about 6 hours. Facebook said the reason this mess shut down happened was due to its internet infrastructure that controls the connection throughout its data centers. During this time Facebook was gone from the internet and the company warned users when the apps slowly started to show back up on the internet.

The outage had other less obvious effects. Many people use facebook accounts for other digital accounts, in a way it’s like an email and if google stopped working people can no longer access the many things that are tied to their individual email. Another consequence was that people could no longer communicate if they were reliant on a Facebook owned app like Whatsapp and Messenger whose primary function is to communicate.

Facebook apoligized on Twitter writing “To the huge community of people and businesses around the world who depend on us: we’re sorry. We’ve been working hard to restore access to our apps and services and are happy to report they are coming back online now. Thank you for bearing with us.”

The people can do nothing but bear with it. However, this can be a lesson in showing the reliance on apps to be wary of the personal information that is let onto its family of apps daily as well as the security of the information. Having a blip in such an important service that so many rely on is truly an issue, but so far what are the other choices to choose from. What is actually reliable?