The cross country team has had an amazing season so far as we came in first in two of our meets which is an amazing accomplishment. We traveled to Tiffin, Ohio which is one of the largest cross country meets in the nation in order to compete against hundreds of teams. When we stepped off the bus that morning the air was cold and damp and it was raining almost the entire day. All of our equipment was wet within an instant and our muscles started to tense up as there was a very cool and uninviting temperature. Despite the fact that we were cold, wet and wanted to get in a nice warm blanket we started our warm up jog and did all of our drills in order to prepare for the race. As we were in settling in to our race mentality we went to the line to do final warmups. And before we knew it the gun went off and everyone ran into a huge mob of people. Racing is mentally and physically tough on your body because you know your body is ready and in shape, but in order to do well you have to train your mind to tell you that you are in shape and are able to push yourself to the limit. When the race was over we were so happy to be done because we knew how much we had accomplished on that rainy day. The varsity team came in first and there were many personal records and season best times set. As we got our first place trophy the whole team was bonded together and knew that all our hard work and training was finally paying off. 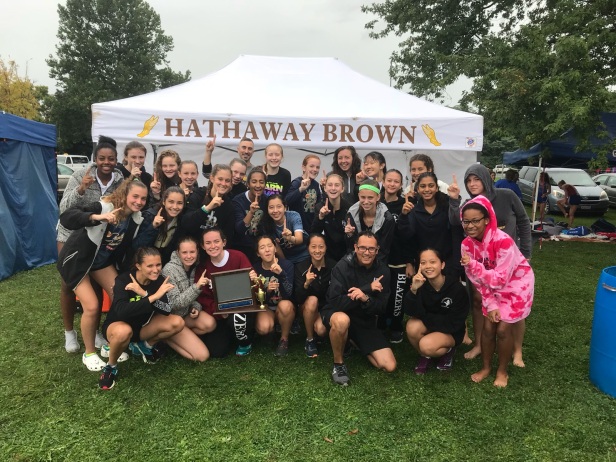 The next meet the cross country team went to was the Cardinal Invitational in Middlefield, where we won yet again another first place trophy. When we arrived at this meet the air was crisp and very cold because it was the first day of fall. With the cool crisp air came a great race because we knew we wouldn’t have to battle the extreme heat like we had to do during previous meets. At the end of the race we came out on top as the 1st place winners of the meet and the team bonded again as we collected our well-deserved trophy. 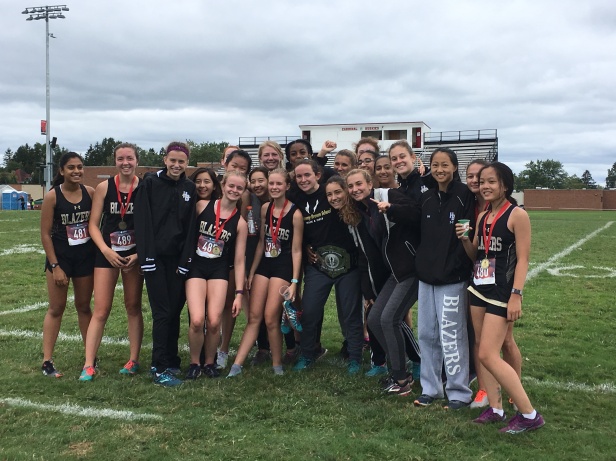 We also hosted our second Cross Country car wash, an event where we raise money for a charity by washing cars and collecting donations. This was an amazing event that raised almost 900 dollars for the charity, Girls with Sole and it also bonded the team in an amazing way.

The Cross Country team has had many major accomplishments this season and hopefully many more to come. However, many people in the HB community do not know about all of our accomplishments because our team is overlooked many times when compared to other sports in the school. So, by reading this article I hope many people are now educated on the Cross Country team and all the hard work we put in to achieve such amazing results in competition. I also hope that more people will come out and show us support by coming to our upcoming meets. We had a big show of support during our senior recognition night at Gilmour so we hope to see this kind of enthusiasm for the Cross Country team again in the future.