Have you been looking for new music to add to your Spotify playlists, 8track stations, or iTunes library?? If you answered yes to any of those questions, then this is just the article for you! I am showcasing three artists and bands, which could fall under the category of alternative-blues-folk-acoustic. Although, I am not entirely sure if that is a real genre. Anyway, you should like at least one of the artists I am about to share with you, and if not…. Then your loss! 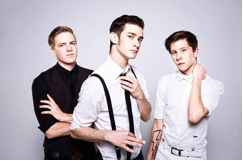 For those of you who know me, you have probably heard of me talk about The Moxies or you have seen their pin (which was given to me by the lead singer) grace the center pocket of my backpack. If Johnny Cash and the Black Keys had a lovechild, I guarantee it would resemble something close to The Moxies. Their music encompasses blues, retro, and rock and roll genres, and they are great of example of how great the Cleveland music scene is. Each of their songs makes you feel like you have stepped back into the 50’s, and their eclectic sound is unlike any other band on the music scene today.

I know what you are thinking. Are these the two that used to be on the Nickelodeon show Naked Brothers Band? The answer is yes, they are. However, I bet you didn’t know that they are back on the music scene and making music that surprisingly tops their past hits like “Crazy Car”. Now, they are considered a folk group with a very laid back and soft sound. Nat and Alex take turns singing the different tracks and, overall, the six songs they have released so far have proved that they still have musical talent. And who knows, maybe these new songs will win back Rosalina. 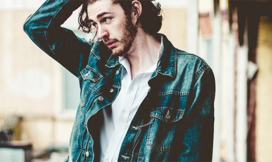 Most of you have probably heard Hozier’s hit song “Take Me To Church” playing on the radio or being sung throughout the halls of the Hath. Hozier is an Irish musician who is taking the music scene by storm as he has blown many away with his self-titled album “Hozier”. His style ranges from gospel to folk and provides his listeners with multiple formats that will bring sweet melodies to anyone’s ears. In addition, many of his songs carry very serious themes that are explained very intricately within his lyrics. For example, “Take Me To Church” is about gay rights and “To Be Alone” deals directly with rape culture. Overall, Hozier has become a hit among many, and it will be interesting to see what is in store for his career.

Highlights from album “Hozier”: To Be Alone, Someone New, Work Song